7 Southern Foods You Must Try 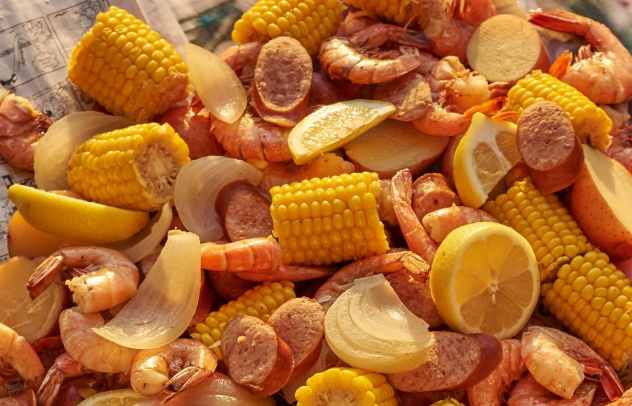 Maybe it’s the spectacular mountains or beautiful beaches that attract you to the Palmetto State. But some people live to eat, and when you’re in South Carolina you can eat very well. Here are seven Southern dishes you simply must try.

Shrimp and grits:
We love our shrimp pulled fresh from the Atlantic, and we love our grits. When we combine them, often with some ham or sausage and spices, we’ve got a feast. Just about every restaurant along the coast offers its version of shrimp and grits, and one favorite is the maverick shrimp and grits at Slightly North of Broad in Charleston. Chef Frank Lee makes a very hearty version.

Oyster roasts:
Don’t ever pass up the opportunity to attend a South Carolina oyster roast. Oyster season runs from September/October through April — the months with the letter “R” in the name — and there are plenty of festivals celebrating the oyster to give you a chance to slurp down as many as you can. Or, if you’re on a tight schedule, you might consider a visit to Bowens Island Restaurant in Charleston. Named an American Classic in 2006 by the James Beard Foundation, Bowens Island Restaurant roasts their oysters in a pit and then shovels them onto the tables for eating. Roll up your sleeves and dig in!

Frogmore stew:
You’ll be happy to know that this delicious dish has nothing to do with frogs. Its name comes from the small community where it supposedly originated, Frogmore, which is located between Beaufort and Hunting Island State Park. The dish is also sometimes called Beaufort Stew or Lowcountry Boil.

While Frogmore stew recipes are widely varied, there are some common ingredients: sausage, shellfish like shrimp and crab, corn, potatoes and onions. Frogmore stew is as messy as it is yummy, so be prepared to use your hands … and lots of wet naps.

Barbecue:
Given that South Carolina makes the bold claim of being the birthplace of American barbecue, you simply haven’t eaten in South Carolina until you’ve eaten South Carolina barbecue. It’s the only state in the nation that boasts four official barbecue sauces, including a mustard-based sauce that is unique to the Palmetto State.

Peaches: Whether you eat them in a pie or cobbler or just out of your hand, don’t miss out on peaches when they are in season. From May through August, you can find peaches on restaurant menus and roadside produce stands throughout the state. And while we mean to give no offense to our “Peach State” neighbor to the south, it’s worth noting that South Carolina actually produces twice as many peaches each year — not that we’re counting.

Boiled peanuts: Don’t leave South Carolina without sampling our official state snack. Search for them at roadside stands during the summer and early fall because that’s when they are best. The season for peanuts runs from July through September, and the key to perfect boiled peanuts is using green peanuts (raw peanuts fresh from the field that haven’t yet been dried).

Pimento cheese: Last but not least, most Southerners learn to love pimento cheese when they’re just little things. Mothers make pimento cheese sandwiches to take to church or community picnics, and of course everybody has a closely guarded family recipe. You can often find pimento cheese sandwiches on the menu of home-style restaurants, and you can buy really good versions in some specialty grocery stores. Our Palmetto Cheese is an excellent version available online and at stores in about 30 states.